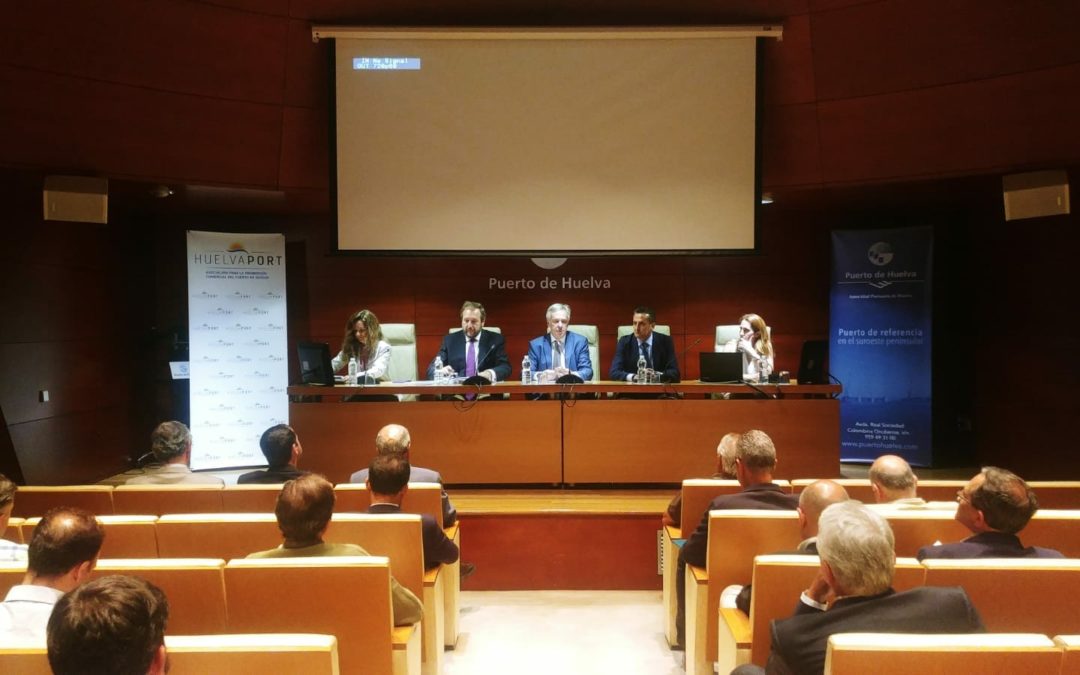 The Association for the commercial promotion of the Port of Huelva, HuelvaPort, has participated together with the Port Authority of Huelva in more than 15 commercial actions during the first quarter of 2019, developed in Spain, Holland, Italy, Morocco and Brazil with the aim of promoting the Port of Huelva as a European benchmark in liquid and solid bulk, leader in Liquefied Natural Gas, as well as its geostrategic location to open new maritime connections in the field of general containerised and roll-on/roll-off cargo traffic with West Africa, South America and the Mediterranean, as well as offering its wide range of land to attract new investments to the province of Huelva.

The president of HuelvaPort, Ignacio Pujol, has made during the celebration of the first meeting of the Board of Directors of the year a very positive balance of the first quarter of 2019, since the business organization of the port community, is playing a very active role in joining efforts around the promotion of the Port of Huelva and its companies.

In relation to the new events planned for the rest of the year, the presentation of the Port of Huelva and HuelvaPort on 28th March in Álcazar de San Juan (Ciudad Real), a strategic railway point on the Peninsula, where a Logistics-Intermodal Platform is to be set up, stands out. Likewise, the business association of the port community of Huelva intends to carry out presentation events in the province of Huelva in order to publicise the services of its companies in its immediate area.

For his part, the Commercial Director of the Port Authority of Huelva and Director of the HuelvaPort Technical Office, Manuel Vega, highlighted the most emblematic projects being carried out in the Port of Huelva within the framework of port-city relations, such as those to be undertaken on the Levante Norte quay, as well as projects related to port and industrial development such as the Logistics Activities Zone (ZAL), the extension of the South Quay facilities, the sustainable cold logistics hub and the railway lines.

On the other hand, training has also played an important role in the Board of Directors’ meeting, as it has been agreed to organise specific courses for members and a DUAL Vocational Training Course in Logistics and Transport, which will be taught at the Colegio Virgen del Rocío in Huelva, has also been presented. This training activity was presented in collaboration with the Vertelsmann Foundation and the Centro de Apoyo al Desarrollo Empresarial (CADE), dependent on the Junta de Andalucía.

HuelvaPort is made up of more than 50 companies belonging to different sectors such as maritime, industry, transport and logistics, engineering and different services, as well as integrated by the Association of Chemical, Basic and Energy Industries of Huelva, the Huelva Estuary Practitioners Corporation, the Huelva Chamber of Commerce and the Huelva Federation of Businessmen.

More than 25 members attended the HuelvaPort Board meeting, which on this occasion was open to all members.